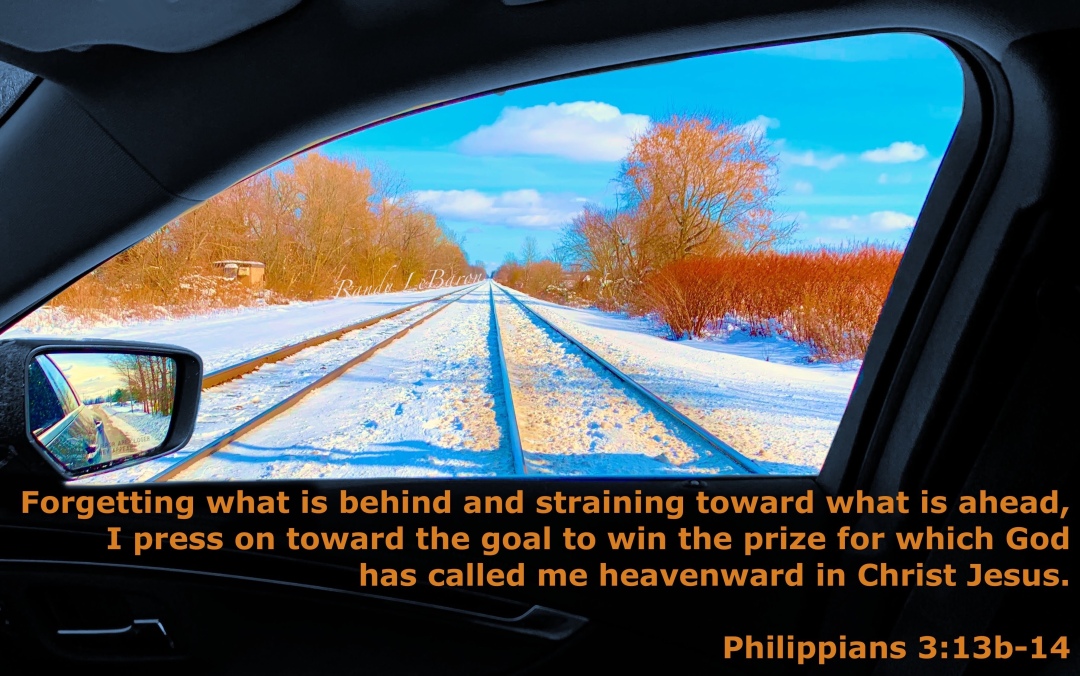 Friends it’s Monday morning and that means it’s a new week and a fresh start on a road filled with possibilities! So, as the Scripture says, “stop looking in the rear view mirror and focusing on yesterday’s failures, instead put your car in drive and hit the gas until you get to where God wants you to go.” (Pastor Randy’s Paraphrase)

Seriously though, how many times to we keep from moving forward with our life because we are still stuck in the past? Past hurts, past relationships, past sins, even past successes… if we don’t stop focusing on where we have already been then we will never get to where we are supposed to be going. We will be like the Israelites who, rather than focusing on God and the Promised Land, kept reminiscing about the good old days when they were back in Egypt (doing back breaking work as slaves).

My pastor, Andy Sass, likes to point out that there is a reason why the windshield in a car is so much bigger than the rear view mirror. We are meant to glance at the mirror from time to time but our attention should mostly be directed toward the road in front of us.

So what does that look like for you this week? What should you let go of from last week so that you can start fresh this week? Sin? Repent. Bitterness? Forgive. Failure? Compassion toward yourself.

Forgetting what is behind and straining toward what is ahead, PRESS ON toward the goal to win the prize for which God has called (you) heavenward in Christ Jesus.

I am an Evangelist with the Free Methodist Church and the Founder and President of Go Scatter Ministries. View all posts by Randy LeBaron